The Huon pine tree this slab came from grew for 1,000+ years on the banks of the Upper Gordon River, where the river scythes a cleft through the Hamilton Range.

In the early 1970’s, when it was clear that this area would be inundated by the huge Gordon/Pedder hydro electric scheme, an unprecedented and ambitious salvage scheme was undertaken.

Teams of workers cut down trees in the flood zone; some were removed on trucks, but in the later stages as the water started to rise, loggers in gumboots would simply cut the trees and leave them where they fell. Huon pine floats, so the logs rose with the water, and were later gathered up into rafts, where they sat on the waters of Lake Gordon for 30 years. Each summer, workers from the three sawmills with a license to handle Huon pine would come from their West Coast homes to the lake to collect their annual allocation, and leave the rest of the huge raft of logs floating where it was protected – it was believed – from fire. 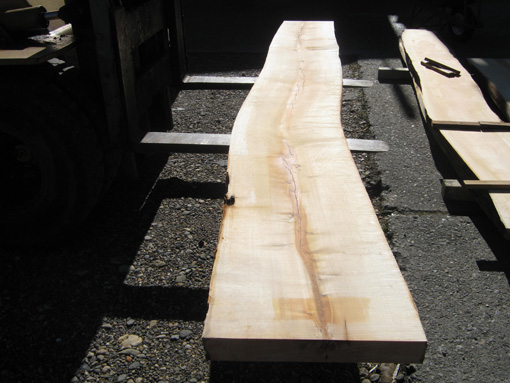 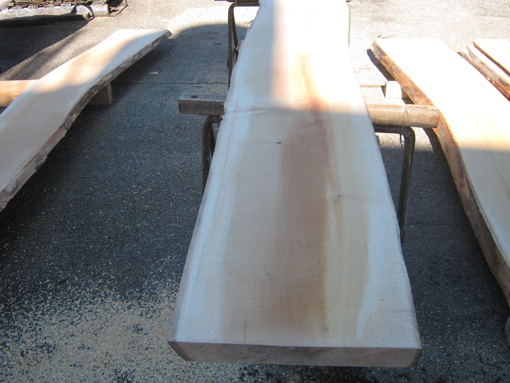 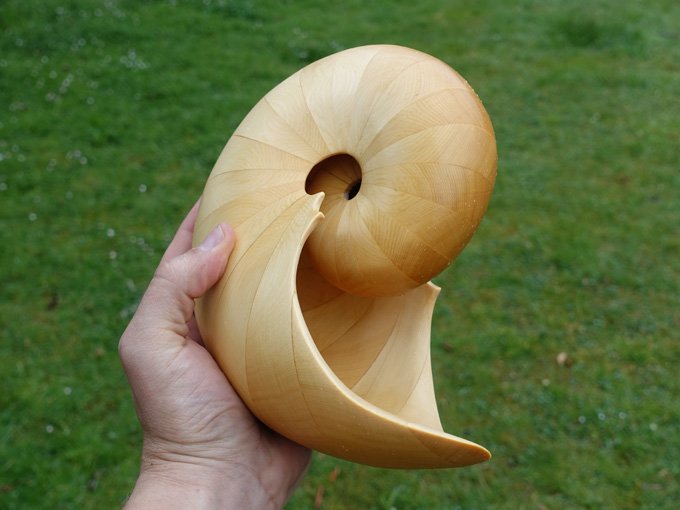 This belief was challenged in early 2003 when a fire bore down on the lake and burnt all of the logs which were lying on the bank. (For some reason, the raft had not been towed into the centre of the lake and had been allowed to drift into the shore.) Probably 20% of the precious stockpile of ancient timber was burnt on that day. After this tragedy the authorities agreed to our requests to have the timber closer to us where we could more properly look after it. The rest of the raft was then brought to Queenstown and stockpiled behind our mill, where it is crisscrossed with water hoses and carefully supervised.

So, the Huon pine timber has been saved from the elements twice: from flooding under the hydro scheme; and then from fire as a conflagration burnt its brothers lying closer to shore. After all these years of waiting, it certainly deserves a good final home.