Long before Hannibal took elephants across the Alps a Huon pine tree took root on the banks of Traveller Creek, close to where it joins the King River, east of Queenstown.

While human civilisations were rising and falling, wars being fought all over the globe and technologies rapidly developing, the tree stood silently, gradually developing girth and height.

By the time Cliff Bradshaw brought his family, which would grow to 12 children, to set up their sawmill settlement on the Princess River – another tributary of the King – in 1936, the Huon pine tree was a monster; many parts of it dead, but timber still beautifully intact. Cliff became well known in Tasmania for his outstanding bushmanship, leading explorers and surveyors on journeys through the rugged western mountains. In the 1950’s the mill employed 21 workers, who, with their families, created quite a village at the Princess River. The fire-killed King William pine trees on the Raglan and Eldon Ranges were the major focus of Cliff’s logging activities, and our Huon pine tree on the Traveller Creek remained unmolested. 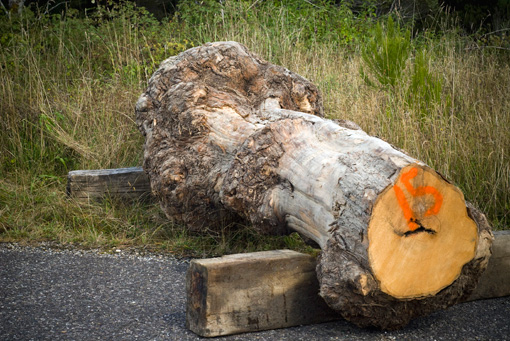 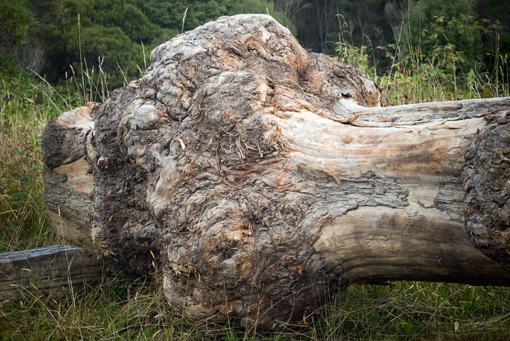 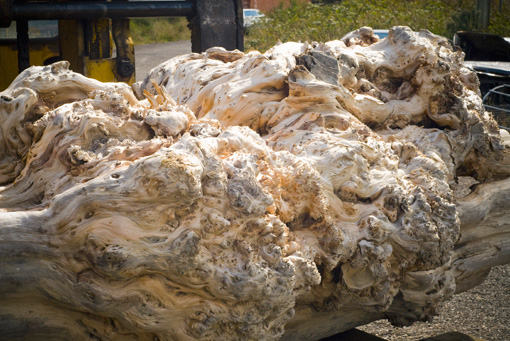 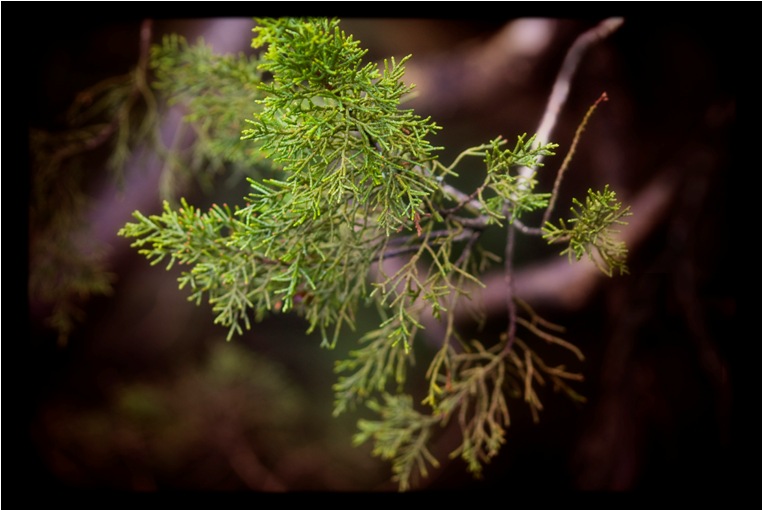 In 1990 fate brought the Bradshaw sawmill and the ancient Huon together: both of their homes would be inundated by the rising waters of the hydro electric impoundment on the King River which became known as Lake Burbury. Huon pine and other valuable timber were removed before their habitat was flooded, and Cliff’s sons, Bern and Henry, undertook the careful operation of removing the tree and transporting it to their new mill location at Lynchford on the western side of Queenstown. Boys – now old men – who had grown up in the King River Valley were now custodians of an ancient tree which had lived its life in the same valley.

Eventually the log was sawn into slabs, and patiently seasoned for years in the racks at the mill. This beautiful timberis a testament to the sawmiller’s craft and a measure of the respect with which we honour the life and history of the unique Huon pines.