The Huon pine tree this log comes from grew for 1,000+ years in the valley of the Sprent River, which curves its way around the King Billy Range on the way to its junction with the Gordon River.

Families including the Morrisons (uncles and father of our company’s Randel Morrison) had Huon pine leases there dating from the 1930’s.

It was rugged country, and the timber getters – called ‘piners’ – used only basic tools, such as axes and crosscut saws. When the tree was felled they put their family brand on the log and then painstakingly moved it, using block and tackle and muscle, along the hillside and into the Sprent River. Sometimes this process would take three back-breaking days. Huon pine floats, so the piners used the rivers as roads, allowing the flow of the river to wash the logs downstream, into the Gordon River, and down to where a log boom was set up at the lower end of the Gordon. The logs would then be collected up into a raft and towed back to the sawmill at Strahan. 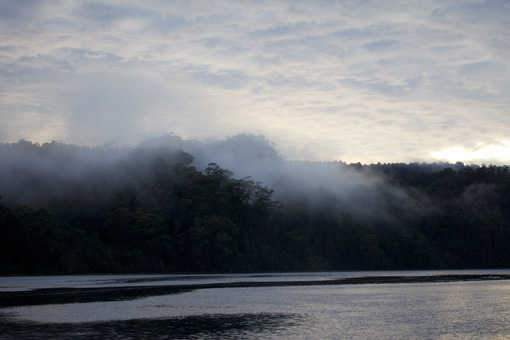 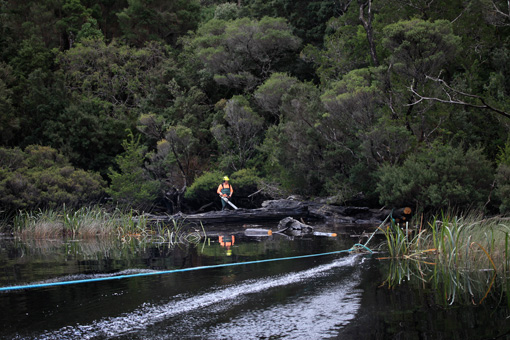 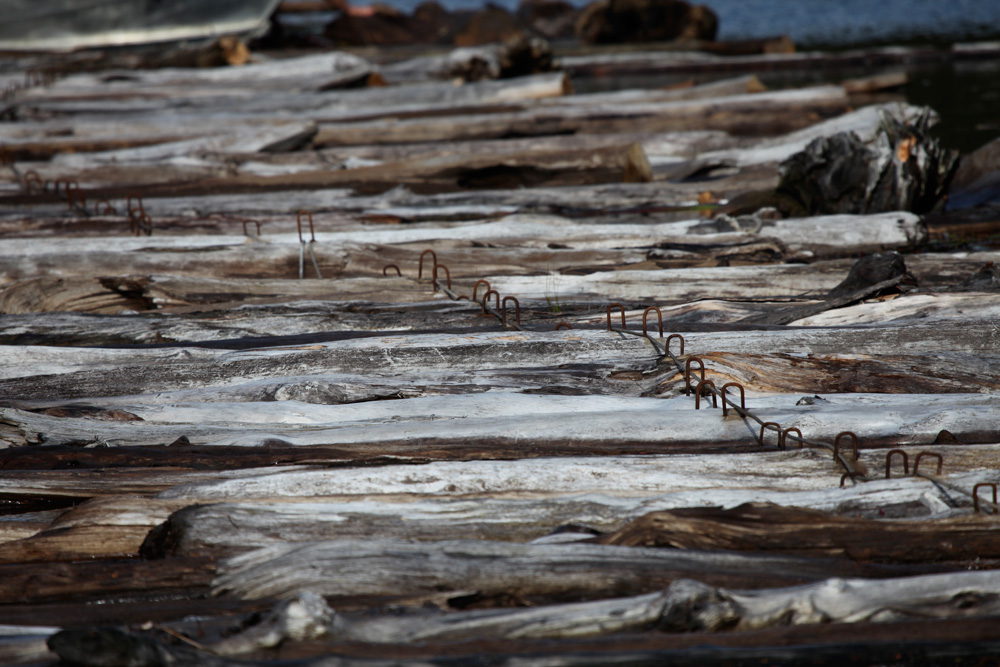 When you put big logs into small waterways they are inclined to clog up into log jams, and the last task of the piners before they left their camps to return to Strahan for the winter was to work down the rivers, moving the log jams.

But as the pining industry declined in the 1950’s and 60’s there were less opportunities for the workers to access the rivers, and the log jams became legendary. There was a log jam in the Sprent River (always known to the piners as the Rocky Sprent) that, we were told, would take dynamite to move.

In August 2007 the Rocky Sprent got the ‘dynamite’ it needed to dislodge the log jam, in the form of a huge flood which roared down the Gordon and all its tributaries. Human structures like jetties got washed downstream, as well as hundreds of tonnes of Huon pine logs cut two generations before.

The Tasmanian National Parks Service rangers worked closely with their colleagues in Forestry Tasmania to salvage as many of these logs as possible, and, in time-honoured tradition, towed them back to Strahan as a raft. It took 27 hours to tow one raft the 40km across Macquarie Harbour. Over the next five summers they retrieved 2,200 tonnes of this precious resource.

60+ years after it was first cut, this Huon pine has finally reached the next phase of its journey. It should be treated with respect.